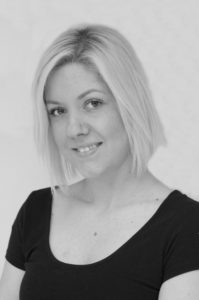 Amanda Rendell studied at Marvel Hairstyling School in 2004 and became a licensed stylist in 2007. Her passion for hair began when she was just 4 years old as she grew up watching her mother as a hairstylist in the 80’s. Since then, it has been the only career she has wanted to pursue.

Her eyes were opened to the hair competition world as she completed her apprenticeship. Amanda realized this was a way that she could showcase her creativity and a different form of art, which the everyday client may not wear. After bringing home the trophy for Avant Garde Hairstylist of the year at the 2014 Contessa Awards, Amanda knew this was her calling and will continue entering competitions the remainder of her career.

Amanda is a very talented and educated L’Oreal Professionnel colorist and also specializes in hair extensions including; Loop N Locks, EZ Hair System, braided weaves, and sewn in flat line weaves. Amanda is pleased to be one of the first artists employed at the NEW Taz Hair Co. London location and plans to finish her career there making her clients happy on a daily basis.